← more from
Arts & Crafts
Get fresh music recommendations delivered to your inbox every Friday.

Thank God The Plague is Over

by Charles Spearin and Josefin Runsteen 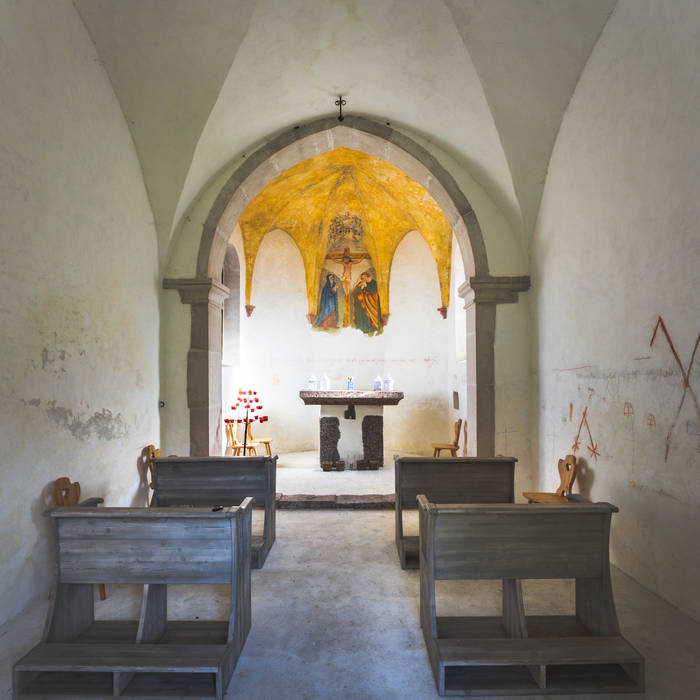 dharmalogos This has been in my wish list since before the covid-19 pandemic. After a year I finally bought it. It is almost ironically prescient having been made shortly before the defining plague of our time. An incredible album. It is relaxing, but it's also harsh and dissonant. That dissonance is incredibly beautiful. There is so much soul put into these instruments, and the improvised rapport between the musicians is remarkable. For fans of modern classical music, minimalism, new age, and folk. Favorite track: The Hills are Alive.

Charles Spearin and Josefin Runsteen, two complete strangers from different spheres of music, met at a 12th-century castle in northern Italy in July 2019. They were invited by Feist and Damien Rice, among a handful other fantastic musicians and artists from various countries, to a week-long residency to collaborate on music, poetry and ideas.

Castel Campo, once owned by the Von Trapp family (yes, from The Sound of Music), is nowadays owned and cared for by the Rasini family, who warmly opened up their hearts and home to this little group of artists. Beside the castle runs a narrow, hidden road that wiggles through a dense grove that, after a little curve, opens up into a field. The road leads to a barn, and then a little chapel. Anyone who enters this chapel, religious or not, cannot help but sense a humble sacredness emanating from every corner. The Renaissance frescos that adorn the plaster ceilings are beautiful, but what connects one to the heart of the place is the ancient graffiti covering the walls. Hundreds of years ago, scrawled in Latin, are the words “Please, God, save us from the Plague” and then, over top, are various symbols of gratitude painted once the Black Death had finally moved on.

On the first day of the residency, when Charles and Josefin had barely exchanged a word to each other, they went up to test the acoustics in the Chapel and began improvising on their instruments. Charles, the Canadian, brought his nyckelharpa, a Swedish folk instrument, while Josefin, the Swede, brought her violin. Immediately, they were astonished by colourful explosions of sound and they felt an instantaneous, profound musical connection. They decided to meet there every day and record their improvisations. These explorations are collected here as their debut album, Thank God the Plague is Over.

They walked back and forth to their chapel every day in complete silence except for the crunch of the gravel under their feet. The walk, the nearby collection of new friends, the kind Rasini family, the mountains, the chirping sparrows in the rafters—and, most important, the sacred tiny sanctuary of the Chapel—were all direct contributors to the creation of this album.

They still don’t actually know each other. Hahaha

Produced, in a sense, by Damien Rice

This is a collection of improvisations Charles Spearin (Broken Social Scene, Do Make Say Think) and Josefin Runsteen (Ane Brun, Fire! Orchestra, Mariam The Believer) recorded in a Chapel in Italy the first week they met.

Hope you like it! Viva la Castel Campo! ... more

Bandcamp Daily  your guide to the world of Bandcamp

Little Brother joins the show to discuss their beautiful journey, plus tunes from Fat Tony